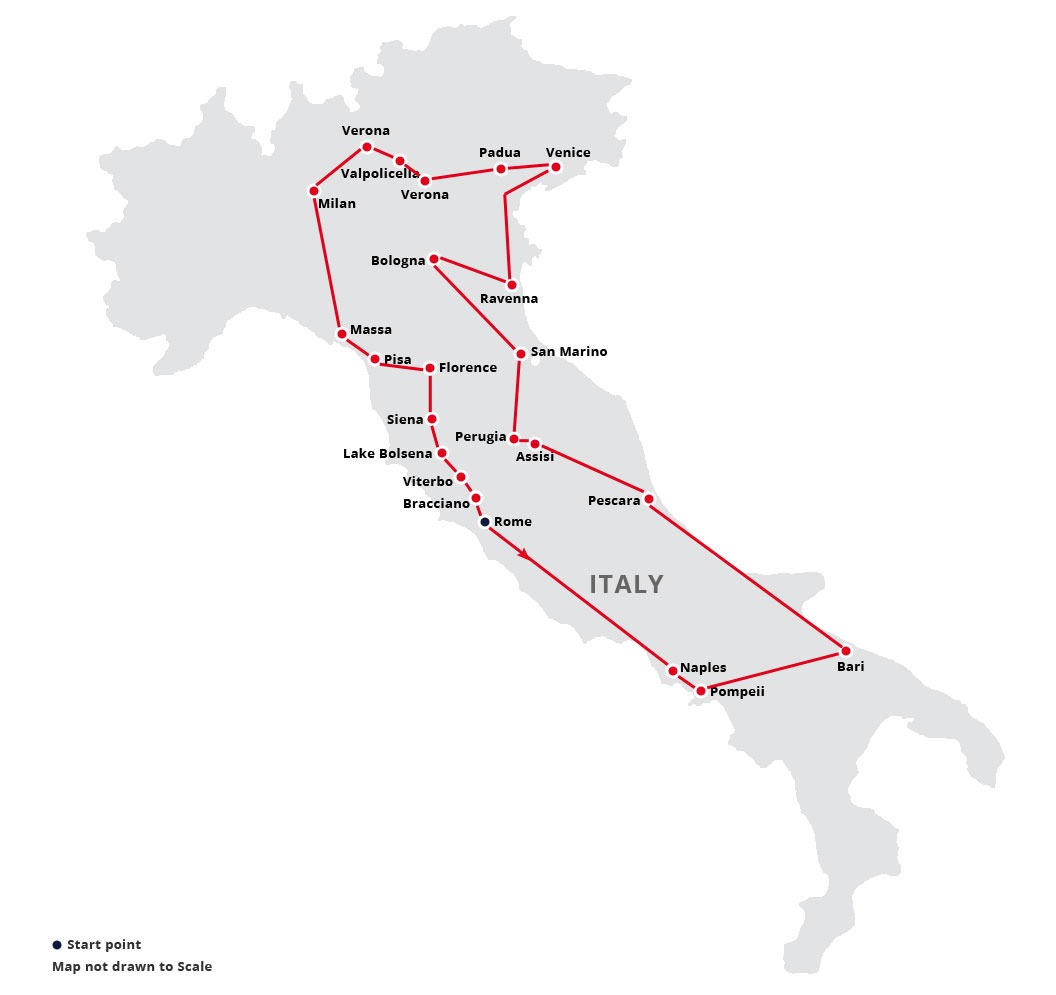 “ITALY” brings many images to mind, the language and the land, the culture and the history. Particularly iconic for Italy is the food and the wine, each region with its own specialities. There is more to Italy than just Spaghetti Bolognese, Pizza Napolitana and a glass of Lambrusco. Wine is something that has developed over hundreds or even thousands of years. Different people have different tastes, and different regions have different products to offer. Italy is one of the great wine producing countries of the world. We can imagine that Italian food must have a deeper and more complex history than wine. Many mediterranean countries take a long break for lunch, “Pranzo” in Italy it is not fast food. The combination of Historical sightseeing, visiting great Italian wineries and finding the real traditional Italian food experience could be one your best holiday choices ever made.